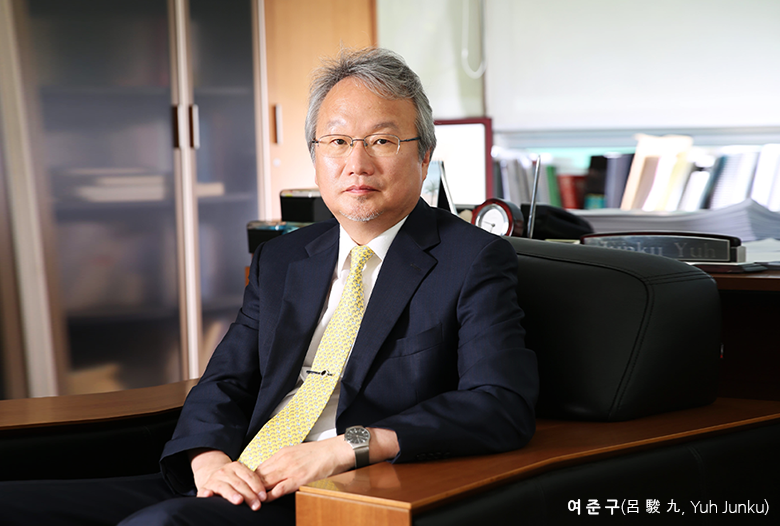 As an educator, engineer/scientist, researcher, U.S. Government Officer, and University President, Dr. Yuh has extensive knowledge on and exposure to a wide range of science, engineering, research, and education policy issues in the U.S. and in other countries.
He also has over 30 years of research experience in Robotics and Controls.

Dr. Yuh currently serves as the President of Korea Insitute of Robotics and Technology Convergence (KIRO) after serving as the Director of Robotics and Media Institute, Korea Institute of Science and Technology (KIST) during 2013-2019. KIST is ranked #6 among the World’s Most Innovative Research Institutions in 2016 and 2017 by Thomson Reuters. Prior to KIST, he was the 5th , 6th President of Korea Aerospace University. Before coming to Korea, he worked for U.S. National Science Foundation (NSF) as the Head of NSF Tokyo Regional Office in Japan and a Program Director of Information and Intelligent systems specializing in Robotics and Computer Vision in the NSF Headquarter Office in Washington, D.C., U.S.A. Prior to NSF, he was Professor of Mechanical Engineering Department as well as Information & Computer Science Department at the University of Hawaii, Honolulu, Hawaii, U.S.A.

Dr. Yuh served as the Editor-in-Chief (EIC) of Journal of Intelligent Service Robotics, Advisory Board Member of International Journal of Autonomous Robots, Editorial Board Member of International Journal of Intelligent Automation and Softcomputing,
Associate Editor of IEEE Transaction on Robotics and Automation, Program Co-Chair of the IEEE 2001 and 2006 Int’l Conference on Robotics and Automation, and Program Chair of the IEEE 2003 Int’l Conference on Intelligent Robots and Systems. He has published 12 books and over 120 papers in Robotics, including Introduction to Autonomous Manipulation (G. Marani and J. Yuh) by Springer, 2014.